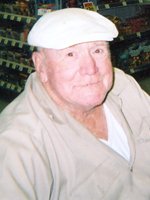 William S. MacKay, Sr., age 78, died in Phoenix, Arizona. Born in Billerica, February 22, 1931, he was the son of the late William S. and Martha (Dolliver) McKay-Stygles. Bill was a Korean War Army Veteran. He was employed with Suffolk County as a correction officer at Deer Island in Boston Harbor. He later transferred to Florida and worked at a correctional facility there, retiring after 30 years of service between both locations. Mr. MacKay was also the proprietor of Kitty's Cafe at Nuttings Lake in Billerica and the Paramount Lounge in North Chelmsford. Bill was an advocate for the homeless in AZ, often taking them in to his home to provide food and shelter. He also enjoyed playing poker with the guys. He was a charter member of the Billerica Elks # 2071 and Thomas Talbot Lodge, A.F. & A.M. He is survived by his two daughters and son-in-law, Deborah Horan and her husband John of Billerica and Sharon Wright of Billerica, his son, William S. MacKay, Jr., of Billerica, his eleven grandchildren, Andrea, Jason, Alissa, Amanda, Charlie, Julie, Je'nae, Billy, Nick, Courtney, and Morganne, and his 10 great grandchildren. Step son of Joseph Stygles. He was also the brother of the late Fred and Norman McKay.