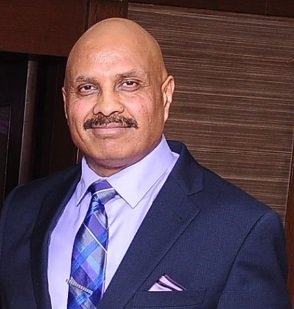 Dharam did his schooling from Sainik School, Ghorakhal, Uttarakhand and graduated in March 1977.
Thereafter he got admitted into prestigious, St. Stephen's College, Delhi University to pursue Mathematics (Hons.) in the dream to pursue Indian Administrative Services.

In Autumn of 1977, he was selected into National Defence Academy (NDA), Khadakwasla, Pune. He graduated from NDA in Autumn semester 1980. From there he went to Indian Military Academy (IMA), Dehradun to train as an Infantry Officer of the Indian Army. Dharam was commissioned as 2nd Lieutenant into 10th Battalion of the Bihar Regiment on 19th December 1981.

After retiring from Indian Army in October 2003, Dharm immigrated to Massachusetts, USA in 2004 with his wife and two sons. He worked for US Federal and lastly held the position of
Immigration Officer for United States Citizenship and Immigration Services. He was also an Adjunct Professor at North Central University where he adjudicated dissertation of PhD thesis.

Dharam was an avid Yogi who enjoyed long walks, healthy lifestyle and being connected with the nature.

Dharam is survived by his wife, Poonam; by this two boys, Aditya Sirohi and Akshaya Sirohi; two grandsons Nihaal Sirohi and Viraat Sirohi.

Share Your Memory of
Dharmendra
Upload Your Memory View All Memories
Be the first to upload a memory!