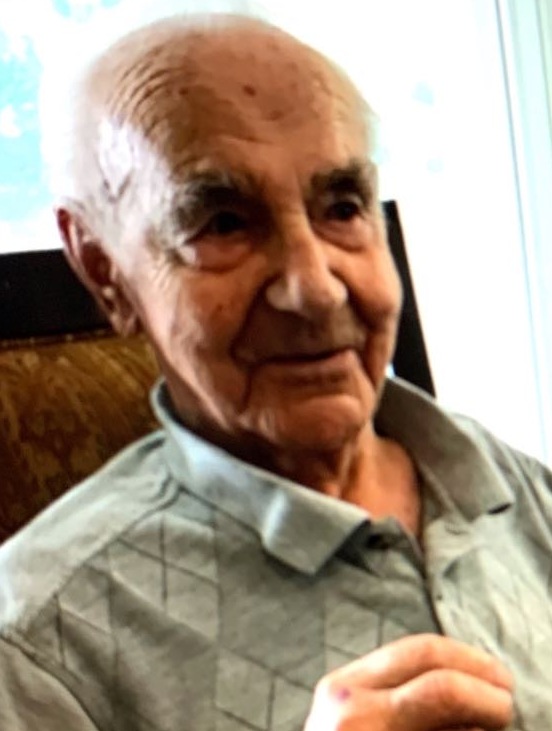 Karol "Skeets" Obremski was surrounded by loving family when he died on Thursday, August 27, 2020, from pneumonia. He was 98 years old. He was born on June 22, 1922, in Salem, MA. He married his sweetheart, Norma Coblents on June 8, 1943. They had two children, Carole and Steven. After serving his country on the patrol frigate USS Alexandria in the U.S. Coast Guard in WWII, he worked his way up from painter to plant manager at Continental Baking Company. If it was broken, Skeets could fix it. Twinkie lovers of a previous generation can thank Skeets for running a smooth operation that resulted in a perfectly proportioned cake to filling ratio. Skeets is predeceased by his six siblings: Anastasia (Obremski) Dumas, Eddie Obremski, Chester Obremski, Benny Obremski, Freddie Obremski, and Eleanor Cohn. All of his brothers were WWII veterans, each serving in a different military branch. He was a resident of Massachusetts for his entire life, living in Salem, Somerville, South Hadley, and Burlington, MA for the last 50 years. Karol is predeceased by his wife, Norma. He is survived by two children, Carole Morrison and her husband, Donald and Steven Obremski and his wife, Cindy; 6 grandchildren and 16 great grandchildren. A viewing and Celebration of Life is planned for Wednesday, Sept. 2nd at Community Congregational Church in Billerica, MA, 803 Boston Road. Interment service with military honors will take place at Chestnut Hill Cemetery in Burlington following the Celebration of Life.

Share Your Memory of
Karol
Upload Your Memory View All Memories
Be the first to upload a memory!
Share A Memory