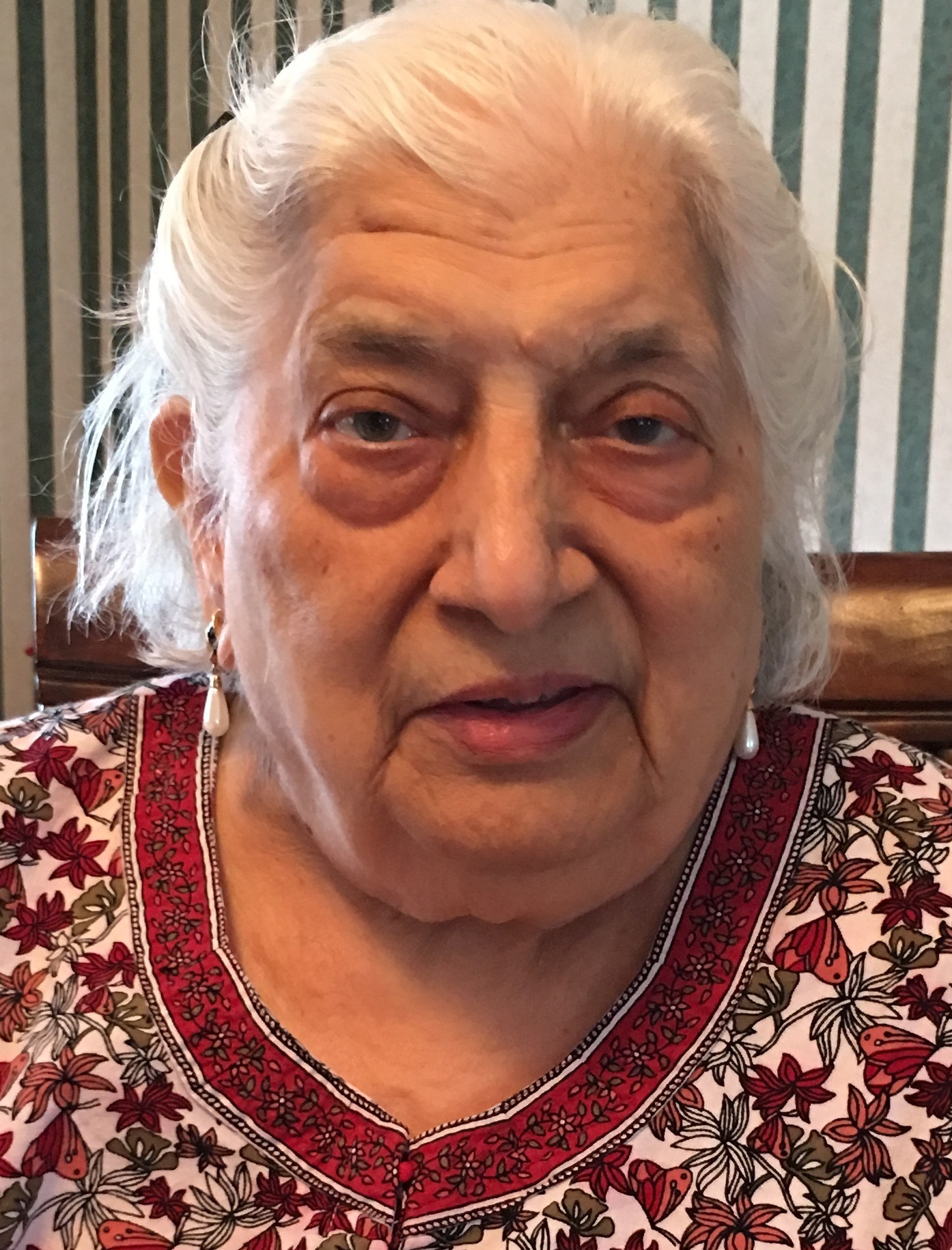 Sharda Anand of Billerica, MA passed away on November 27, 2020. She was being treated at Lahey Hospital in Burlington, MA for Pneumonia.

Sharda was born in Chakwal, Punjab, India on October 19, 1929. She was 91 years old. She grew up in a well-cared joint family in Punjab, India. She attended Punjab Girls Middle School where her maternal grandfather was the headmaster. She graduated in the top of her class in the Punjab state administered middle school examination. She moved to Bombay where her parents had relocated and continued taking courses in English. She became very fluent in English during her stay in Bombay. She got married when she was 19 years old and moved to Kanpur and subsequently to Agra in central India. She had three sons Prem, Ashok and Anil, four grandchildren and one great granddaughter.

She moved to Billerica, MA with her husband to live with their younger son Anil starting in 1995. Her husband Roshanlal Anand passed away in 2000. Sharda became an US Citizen. The US Citizen Naturalization examiner was amazed and surprised that a woman in her 80’s could correctly answer all the American history and US constitution questions to become an US Citizen. She made sure that she voted in every US Election since becoming an US citizen. She loved the US.

Sharda was always close to her friends especially from the Senior Center in Burlington. She attended Wednesday lunches at the senior center and Christmas dinners at the Billerica senior center. She was always in touch with her relatives back in India and helped where she could. She was loved and cared by all her relatives and friends. In her passing she will be missed by all.

The funeral and Hindu Puja ceremony will be held at Burns Funeral Home, 354 Boston Road, Billerica MA 01821 on Wednesday, December 2, 2020. She will then be cremated at Carrier Funeral Home in Windham, NH.

Live-Stream will be available at 9:00am on Wednesday, December 2, 2020 on the Burns Funeral Home Facebook page at the following link; https://www.facebook.com/BurnsFuneralHomes The video will appear at the top of the page 10 minutes prior to the visitation and service.

Share Your Memory of
Sharda
Upload Your Memory View All Memories
Be the first to upload a memory!
Share A Memory