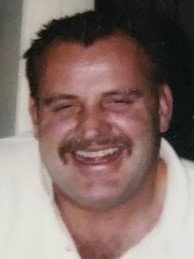 If you would like to honor Michael, please consider donating to the MSPCA Angell Memorial, www.mspca.org/donate-now/, 350 South Huntington Ave, Boston, MA 02130

Michael J. Burns went to meet his Heavenly Father and his many relatives on the other side on Tuesday, January 19, 2021. Born in Cambridge Massachusetts on May 17th, 1957, he attended St. Mary's Annunciation Grammar School and High School in Cambridge. During his early years, he loved to play basketball in Sennett Park which led to Michael becoming Captain of the basketball team at St. Mary High School and even did some coaching at the school. Michael loved sports and was an avid fan of the Red Sox, Celtics, and New England Patriots. Michael spent many of his working years in the service industry (chauffeuring, delivery, etc.). He knew all the back roads to get anywhere in the Boston area. At the time of his death he was driving for Uber and Lyft.  Many of the stories he would tell about his customers were very humorous - he was such a trusting soul that people would always talk to him. Michael loved eating pizza and playing the lottery (he was infatuated with numbers and what they meant). He was an avid reader and especially loved mysteries and books about Ireland. Michael was a caring person and very sensitive to people's feelings, but his wit was his most remarkable quality. He would come out with one-liners that would make people smile and leave them in awe of his brilliance with words and depth of their meaning. Michael also prayed fervently and often. It was a big part of his day because he always said he had so many things and people to pray for. Michael was very involved in his nieces and nephews games and later became equally interested in his grand niece's and nephew's games. He was preceded in death by his father, John C. Burns, his mother Catherine Burns, his brother John C. Burns III and sister-in-law, Stephanie, his brother Paul H. Burns, and his nephews Michael J. Burns and Ryan J. Burns. He is survived by his sisters, Anne Burns, Kathleen (Gary) Mayer, Mary Sortino and his sister-in-law Susan Burns.. He is also survived by his nieces Christine Daly (Mike), Allison Lawlor (Ryan), Michelle O’Connor (Dave) and Molly Sortino (David Owen) his nephews, Shawn Burns, Kevin Burns (Lindsay), Nathan Mayer, and Joe Sortino,(Allison Hall) and many great nieces and nephews, as well as many cousins and friends. He will be dearly missed by all who knew him.

Funeral Services are arranged by The Burns Funeral Home and will be private.
Michael loved animals. If you would like to honor Michael, please consider donating to the MSPCA Angell Memorial, https://www.mspca.org/donate-now/, 350 South Huntington Ave, Boston, MA 02130

What will we do without you Michael?
We're sad beyond belief
And there isn't a vessel large enough
to contain our grief