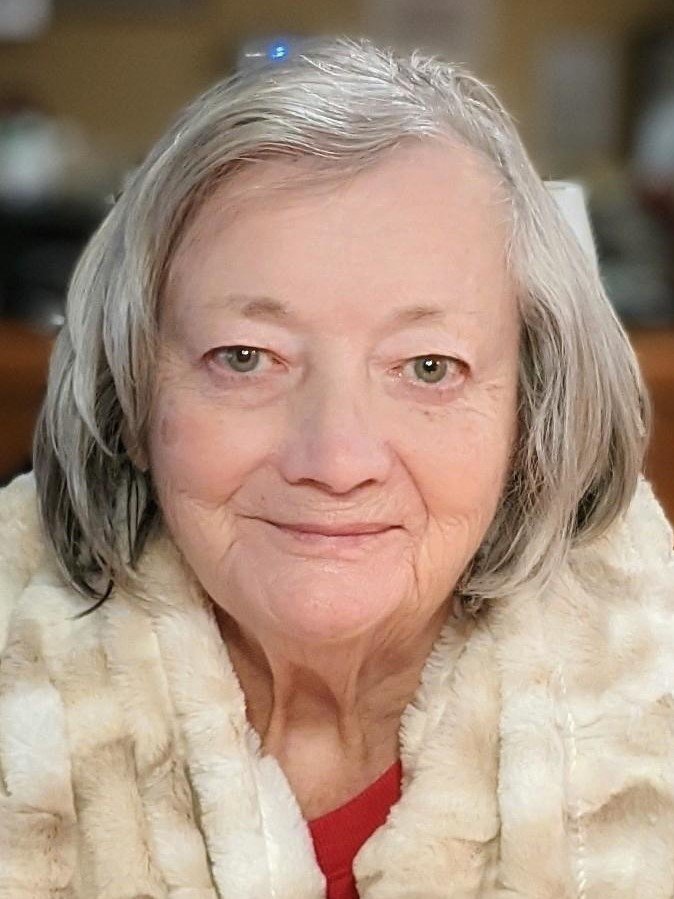 Jean Frances Hannafin was born in Cambridge, Massachusetts, to George and Mildred (Rourke) Hannafin.  She grew up in Cambridge, then Arlington and moved to South Windsor, Connecticut after marrying (the late) Anthony Vitiello, Jr. then to York, Maine before returning to raise her three children in Arlington, MA.  She graduated from North Cambridge Catholic class of 1964 and worked in the credit union at Arthur D. Little, which later merged with Tremont Credit Union.  During retirement she enjoyed working reception at Newbury Court in Concord and working the polls during elections in Chelmsford.

Family was most important to her.  She was a devoted and loving mother to her three children as well as her son-in-law and daughter-in-law.   She adored her grandchildren who provided endless joy to her.  She led her life with faith, love, generosity and a fun loving, adventurous spirit.  She bestowed her love and generosity on those in her life, including her siblings and many nieces and nephews.

She will be missed so much by her family including her children; Milaina and her husband, Walter Mainieri and their son Christopher; Korine Vitiello and her partner, Barb Jezylo and Barb's daughter, Madison Brown and Anthony “Toby” Vitiello, his daughter Avory and Avory’s mom Molly McIntyre; her siblings, Joyce Geranis and her husband, Patrick (Scottsdale, AZ); George Hannafin and his wife, Joyce (Hudson, NH); Jan Powers (Chelmsford, MA); and Gary Hannafin and his wife, Sharon (Alton, NH).   It was Jean's honor and joy to be the godmother to her first niece Kara Stanek (Scottsdale, AZ) and visit Kara, her husband Tom and their daughters Abby and Emmy.  She also loved being the godmother to Colleen Lubin and spending time with Colleen, her husband Kenny and their sons Liam and Logan. She loved being an aunt to her nieces and nephews and great-aunt to the recent generation.  In addition to her godchildren, they include Mike Geranis and his wife Katie; Tim Hannafin and his wife Amy; Phil Hannafin, his wife Jane and daughter Lucy; Sam Hannafin and his wife Alex and son Garrett; Jon Powers, his wife Jess and daughter Hailey; Erin Hannafin; Kim Hannafin, her husband Dave and their children Brady, Teagan and Kinslea; and Kelsey Hannafin, and her fiance, Andrew Rothstein and their daughter Gabriella.  Close family friend and godchild of her mother, Kathryn McGoldrick.   Her dear friends Dottie Pignatiello, Kate Moscatel, Beth Butler, Eileen Willwerth, Julie Moloney, Kathy Evans and many others who she held dear and enjoyed talking to or visiting with when the opportunity arose. Funeral mass will be held at St. Matthew the Evangelist Parish at St. Theresa Church, 466 Boston Rd. Billerica, Saturday,February 27 at 10:00 a.m. Visiting hours will be held prior to funeral mass at the Burns Funeral Home, 354 Boston Rd., (Rt. 3A), from 8:00 to 9:45 AM. Per current CDC and State Guidelines, face coverings will be required at all venues. Those planning to attend the funeral mass must sign up at https://cli.re/ccb-funeral-signup

We hope she will be joining the party to dance and play a round of cards with her parents George and Mildred, her brother-in-law John Powers, her companion of many years Bob Flaherty and her close friend Joanne Dempsey. In lieu of flowers memorial contributions may be made in Jean's name to the March of Dimes Foundation,https://www.marchofdimes.org/

THE FUNERAL MASS WILL BE LIVE-STREAMED FROM THE LINK BELOW ON SATURDAY, FEBRUARY 27 AT 10:00AM.

Share Your Memory of
Jean
Upload Your Memory View All Memories
Be the first to upload a memory!
Share A Memory