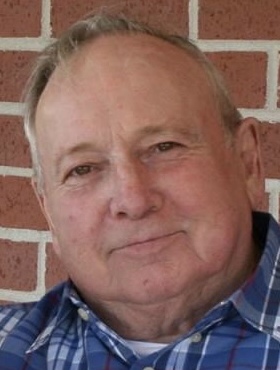 Obituary of Frank A. Luce, Jr.

Frank A. Luce Jr., a longtime resident of Tewksbury, MA, was called home Wednesday, April 28, 2021. Frank was the beloved husband of Gail P (Ward) Luce for 27 years. Frank was pre-deceased by his first wife Janet L. (Ross) Luce to whom he was married 36 years. He was the son of the late Frank A. Luce Sr., and Sarah Florence (Greening) Luce of Billerica MA. He was the brother of the late Ellen Luce, Marcia Lohnes, Ethel Penney, and William Luce. He leaves his children Frank A Luce, III and his fiancée, Dottie Connors of Derry NH, Diane Shea and her husband, Patrick of Nashua NH, and Laura Luce and her husband, Glen Stanbury of Tyngsboro, MA. He was predeceased by his first child, Karen L. Luce. Frank also leaves his stepchildren, Jacqueline and Brian Hollenbeck, Jennifer and David Gardner, and Jim and Melina Ward, and his adopted children, Crystal and her husband, Peter Santom, James Luce, and Jason Luce. Frank also left many nieces, nephews, grandchildren, and great grandchildren.  Frank was a US Navy Veteran who dutifully served his country during the Korean War. He was a member and past chaplain of the Tewksbury American Legion Post 259. He was a communicant of the Ballardvale United Church. Frank was a hardworking man who worked for the City of Medford for 11 years and CN Wood Company for 28 years as a heavy equipment mechanic as well as serving in several supervisory positions. When Frank retired, in true Frank fashion, he decided to go back to work at Ritchie & Sons where he worked with his sons, Frank and Jim, for another 13 years. Frank loved gardening! He also enjoyed fishing and music- Irish, Country and Gospel. He was a talented model maker. He loved all animals including his dog Chelsea. He had many pets through the years. Frank will always be remembered for being a strong proud American who took great pride in his home, his country, his flag, and most of all, his big family who knew him as Husband, Dad, Uncle and Papa. He will be missed dearly. Frank will have a private service at Burns Funeral Home in Billerica MA. Friends and relatives are welcome to take part in a graveside service at Pine Ridge Cemetery in Chelmsford MA at 11:00 am on Saturday, May 1st. In lieu of flowers donations in Frank’s name may be made to the MSPCA or The Tewksbury American Legion.

Share Your Memory of
Frank
Upload Your Memory View All Memories
Be the first to upload a memory!
Share A Memory