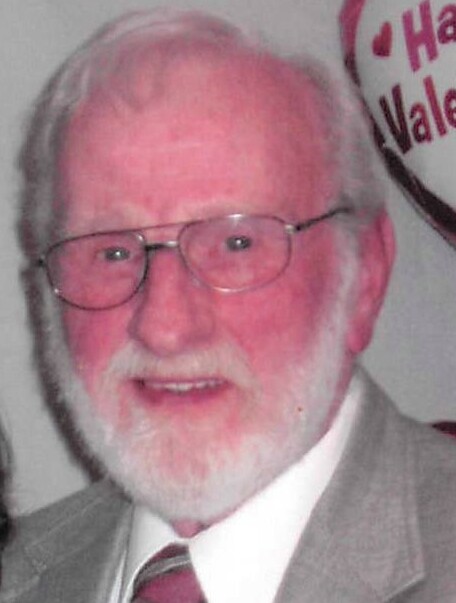 Richard G. Penney of Billerica passed away on August 21, 2021 in Lowell at the age of 84. Born in Lowell, he was the son of the late William Thomas and Theresa Lavinia Penney.

Richard retired from Raytheon in Bedford after 35 years of service where he served as a union representative and Chief Steward of IBEW #1505. He played on the softball team and both the bowling and golf leagues of Raytheon. After his retirement, he worked for Christianson Bus for many years.

As a life-long member of the North Billerica Baptist Church, he served as deacon and Trustee where he dealt with the lightning strike of the steeple, renovations to the Parsonage and structural problems of the Sanctuary. He sang Bass in the church choir and the Tri-Town Ecumenical choir.

Upon receiving his bus driver’s license, for 15 years he was the Transportation Director for the Billerica Friends of Music shepherding the BMHS band and color guard to their competitions and games.

Being civic minded, he was a Town Meeting Representative of Precinct 2 and served on the Town of Billerica Finance Committee.

Fraternal organizations included Thomas Talbot Lodge in Billerica where he was a member for 62 years. Along with his wife, a member of Billerica Chapter No. 212 Order of the Eastern Star for 44 years.

His passion for golf kept him on the golf course with the Senior Men’s League at Billerica Country Club several days a week.

His greatest accomplishment was his family. He taught his grandchildren to drive using his golf cart as well as giving the next generation rides around the property and through the woods with them laughing all the way.

His 3-year battle with cancer and other medical problems that developed along the way is now over. We wish to thank all the PT, OT, nurses and doctors who guided him along this journey.

He was preceded in death by his grandson Daniel Clarke, sister Marion Isabelle Penney, and brother Graham Penney.

Visitation will be held on Thursday, August 26 at Burns Funeral Home, 354 Boston Rd. Billerica from 4 – 7pm with a Masonic service at 6:00pm and Eastern Star service at 6:30pm Funeral service on Friday, Aug. 27 at North Billerica Baptist Church, 39 Old Elm St. Billerica at 10am. Please meet at the church on Friday. Guests are asked to please wear masks indoors Relatives and friends invited.