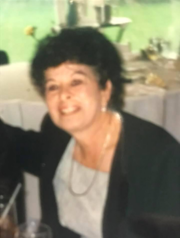 Eileen Carol Chadbourne, 76, formerly of South Portland, Maine, passed away on January 26, 2022 in Billerica, MA.
Carol was born on August 9, 1945, the daughter of late Anthony Ricci and Patricia (Plummer) Ricci. She grew up in South Portland and attended So. Portland schools. She met the love of her life, Thomas J. Chadbourne, and married him on January 29, 1966. Together they devoted their lives to caring for and raising their daughter Lisa and grandchildren, Nicola and Eric. For them, this was the most important part of their lives. They both were extremely hard working and would often go to great lengths to ensure their family’s happiness and wellbeing.
Carol was a homemaker and stay at home mom until her daughter was grown. She worked for many years at Devonshire Manor, only retiring so that she could care for her grandchildren. She was the absolute best cook. She loved playing games, especially Nintendo, with the kids. She enjoyed her trips to the casino. Shopping was a favorite pastime too.
She was preceded in death by her parents, her loving husband and many brother and sister in laws. She is survived by her daughter, Lisa (Chadbourne) Napolitano and her husband Thomas Napolitano, her beloved grandchildren, Nicola and Eric Napolitano, all of Burlington, MA. She is survived by many brother and sister in laws and numerous nieces and nephews.
At Carol’s request, there will be no formal services. A private interment will take place at Southern Maine Veterans Cemetery in Springvale, Maine alongside her husband.
In lieu of flowers, donations may be made to either Hospice of Southern Maine, 390 US Rt 1, Scarborough, ME 04074 or Animal Refuge League of Greater Portland at 217 Landry Rd, Westbrook, ME 04092

Share Your Memory of
Eileen
Upload Your Memory View All Memories
Be the first to upload a memory!
Share A Memory