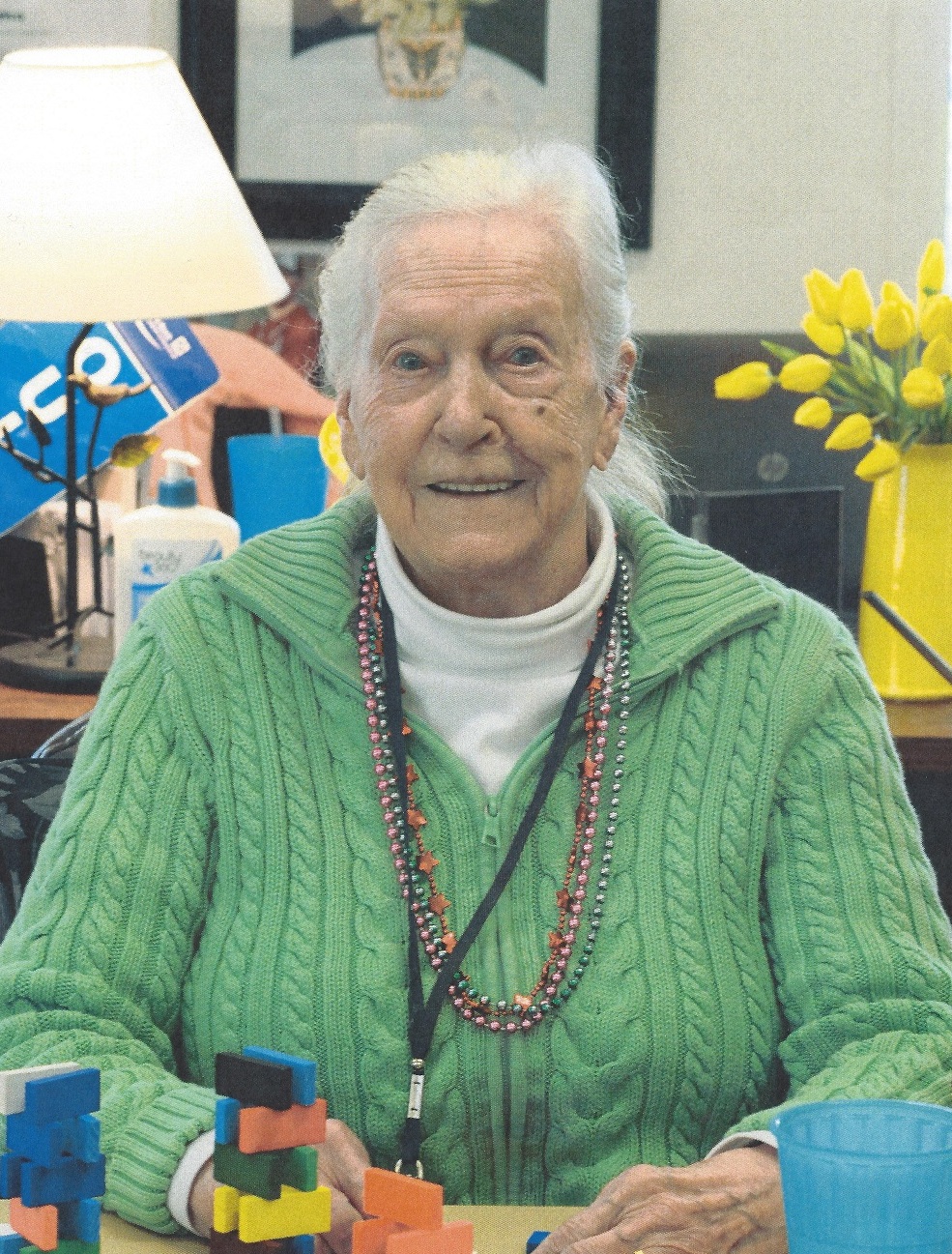 Born in Lochgelly (“ The Happy Lands”) Fifeshire Scotland on July 8, 1923.  Mina was the beloved wife of the late David W. McPherson for 64 years who passed away in 2005.

Mina was the daughter of the late James & Elizabeth (Neilson) Black, loving sister of the late Richard Black & Helen Geatons. David and Mina packed up all their worldly possessions and emigrated in April 1953 to America with three young children for a new life. They sailed from Liverpool England on the SS Nova Scotia to where her brother Richard Black welcomed and helped them settle in Hyde Park.
Dave and Mina embraced their new life in America, while raising their family to remember the traditions and family of the old county, they were very active in the Boston Scottish community and had a band the “Dave McPherson Quartet”.  Dave played the accordion and sang along with Mina.  Mina had an amazing voice and was called to sing at many of the family wedding celebrations singing “May I have this dance for the rest of my life”.
Mina spent her married life as a housewife and also worked at the millinery dept at Zayre department store in Roslindale, Jordan Marsh at the South Shore Plaza, she also did volunteer work for the elderly.
In her younger school years, Mina was active in Sports especially as a runner, loved swimming at the Carnegie Swimming Pool in Dunfermline, and cycling with friends around Scotland.  When Mina moved to Braintree you could often find her at Nantasket Beach with her thermos of tea or at Sunset Lake in Braintree.
Mina is survived and will be deeply missed by Douglas W. McPherson married to Martha K. McPherson of Healdsburg, CA, Richard J. McPherson married to Karen G. McPherson of Chelmsford, and Brian W. McPherson married to Christen L. McPherson of San Rafael, CA. and the late David G. McPherson of Hingham (Passed Away 2012), married to Cindy Prentice of Hingham and his former wife Judy McPherson of Milton.  Mina is the cherished grandmother of 9 grandchildren and 9 great grandchildren
As a result of the ongoing and ever-developing health crisis in the world and with genuine concern for the people whom they love, Mina's family has decided that her funeral services will be private, with interment taking place in Blue Hill Cemetery Canton Ma and celebration of life to be planned in the summer.
Memorial Donations may be made in her name to the Carnegie Leisure Center 46 Pilmuir Street, Dunfermline Fife Scotland KY12 0QE    Phone 011 44 1383 602304   email CarnegieLC@fifeleisure.org.uk

Share Your Memory of
Williamina
Upload Your Memory View All Memories
Be the first to upload a memory!
Share A Memory