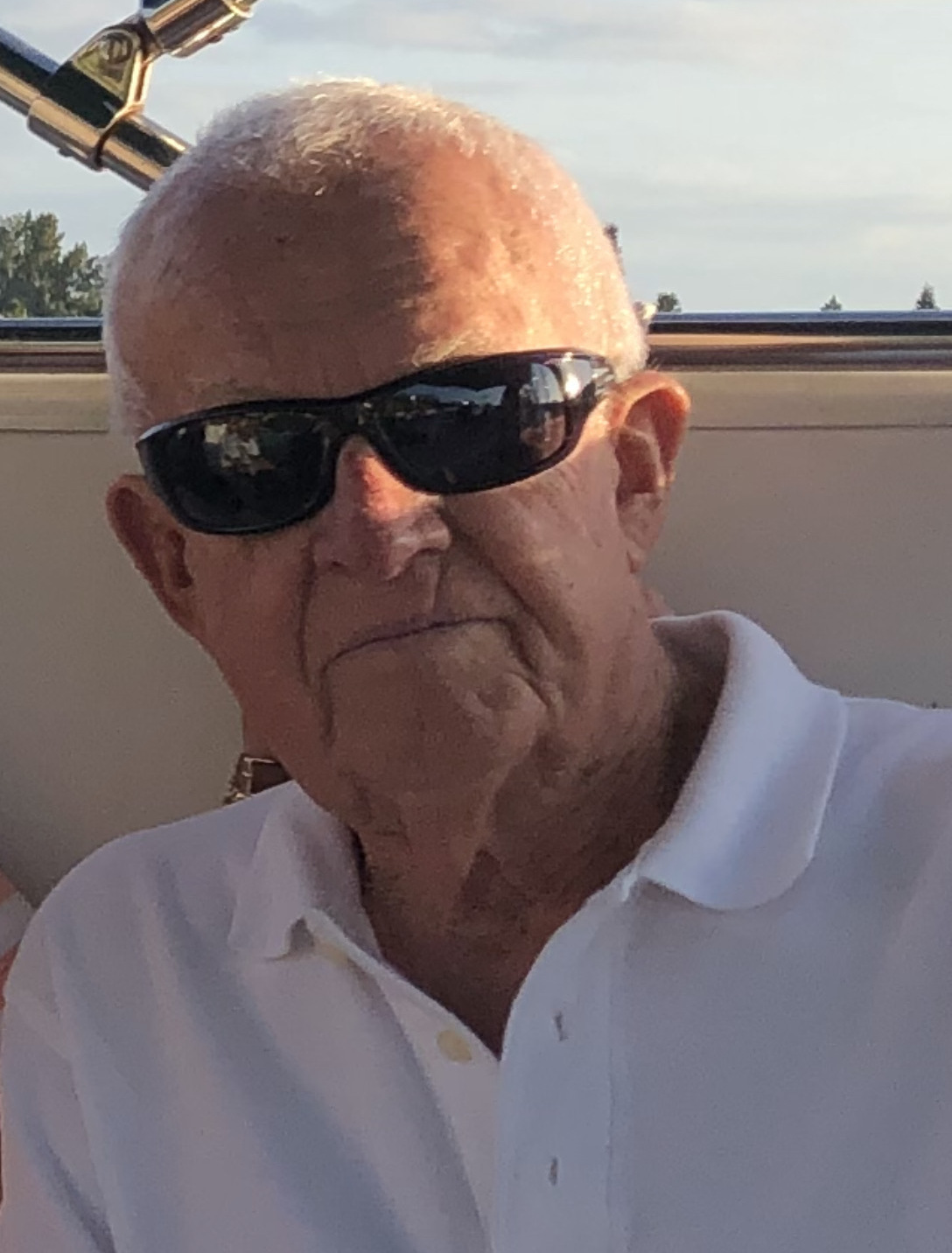 Get Directions
Monday
2
May

Get Directions
Tuesday
3
May

Richard “Dick” George of Billerica MA passed away peacefully on Tuesday April 26,2022 surrounded by his family.

He was married to his high school sweetheart Barbara Barnard George for 66 wonderful years.

Richard was born on April 22, 1934, to the late Richard and Marjorie George of North Billerica MA.

Along with his wife Barbara, Richard is survived by his four children, Allison Hardy and her husband Tom of Pembroke NH, Donna Stevens and her husband Phil, Dale George, Dana George and his wife Lisa, all from Billerica, along with his seven grandchildren (Angela, Joel, Nick, Rachel, Josh, Sarah and Matt) and four great grandchildren (Tyler, Zachary, Olivia and Lillian).

Richard served in the US Air Force from 1952 to 1956 and was a longtime plumber in Billerica MA. He enjoyed his time coaching/umpiring Billerica Little League. He spent his retirement years with his family, gardening, walking (collecting cans), fishing, and rooting for his Boston sports teams. He also enjoyed spending time at the Billerica Elks club playing cards, and in Englewood Florida fishing and socializing with friends.

Calling hours will be held at Burns Funeral Home, 354 Boston Rd. (Rt. 3A) Billerica, MA on Sunday, May 1st from 2:00PM to 5:00PM. A celebration of life service will be held at the First Congregational Church, 18 Andover Rd. Billerica MA on Monday May 2nd at 11:00AM, followed by a graveside service at North Cemetery, Salem Rd. Billerica, MA. In lieu of flowers, donations can be sent to the Billerica Food Pantry or to the charity of your choice.