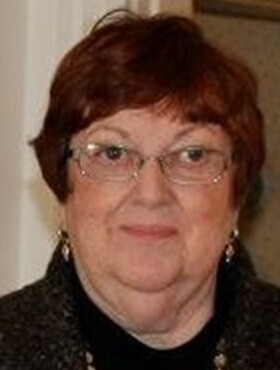 She is also survived by her daughter-in-law Megan McClelland (wife of Michael R. Bucell), and her friend, Michael C. Bucelwicz. She was preceded in death by her son-in-law Charles Corley (husband of Melissa C. Corley). Elizabeth was born and raised in Lexington, lived in Concord, then Illinois and Florida, before returning home to Lexington. She had a deep attachment to Cape Cod, having spent many summers, both as a child and an adult, at Indian Trail in Barnstable. She earned her Bachelor’s degree in Sociology and Anthropology from Boston University. Elizabeth’s career was dedicated to helping others, working in various human services roles for the State of Florida and later for the Sarasota County Government. Elizabeth enjoyed the company of her beloved cats over the years, including Spooky, Chow, Lucy, Katie, Bertie, Nettie, and Allie. Burial will be at Mount Auburn Cemetery at a future date. Donations may be made to Whiskers of Hope in Bedford, MA.

Share Your Memory of
Elizabeth
Upload Your Memory View All Memories
Be the first to upload a memory!
Share A Memory