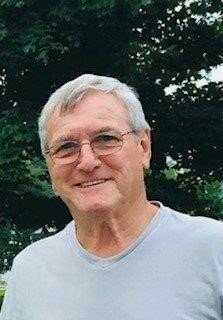 Timothy was predeceased by his parents, Walter T., and Gertrude (Pittee) Chase and his brother, Walter T. Chase. He is survived by his loving sister, Dolly Brown. He is also survived by many nieces, nephews, and extended family.

Tim was born and raised in East Cambridge. He then moved to Somerville, where he raised his children. Tim was an active and dedicated member of the Teamsters, where he represented Local 379 as a shop steward for many years and then became an elected Teamsters Trustee. Tim also served the Army National Guard.

Later in life, Tim and Sandy settled in Billerica where they enjoyed their retirement with each other and their family, gathering together for pool days, but he also enjoyed the ocean and lighthouse view in York, Maine.  Funeral from the Burns Funeral Home will be held on Monday January 30, at 9:00 am followed by a Mass of Christian burial in St. Matthew the Evangelist Parish at St. Theresa’s Church, 466 Boston Road, Billerica at 10:00am. Relatives and friends invited. Visiting hours, Sunday, 1:00 to 4:00 PM., in the Burns Funeral Home.  In lieu of flowers, donations in Tim’s memory can be made to either the Alzheimer’s Foundation, or any animal rescue foundation of your choice. Interment, Calvary Cemetery, 686Washington St. Winchester. www.burnsfuneralhomes.

Share Your Memory of
Timothy
Upload Your Memory View All Memories
Be the first to upload a memory!
Share A Memory