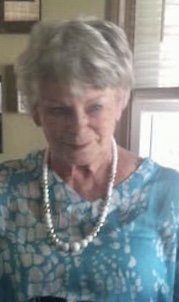 Beverly Ann DiChiara, age 85, passed peacefully with family at her side at her daughter’s house in Billerica on Sunday, August 16. She was the beloved wife of the late Francis J. DiChiara who died on June 6, 1996.

Bev was born in Malden, October 23, 1934, the daughter of the late Julius J. Cuenin and Emily F. (Sullivan) Cuenin. She loved animals and enjoyed gardening. As a child in Malden, she vacationed in Billerica where she met Frank. Later in life she decided to settle in Billerica with him and raise her family. She worked as a meeting and event trade show planner at Applicon where she had the opportunity to travel the world. Years later Beverly owned and operated her own business, B+B Meeting Association which she ran up until her retirement. She was nominated for many awards in the event planning industry over her long career. Beverly will be greatly missed by all those who loved her.

She is survived by her daughter, Kimberly A. Howell and her husband Jerry of N. Billerica, her son Steven F. DiChiara and his wife Karla of Billerica; six grandchildren, Mark, Jack, Vanessa, Kendra, Kaitlin, and Anthony; her step-daughter Bernadine DiChiara and her spouse Christine of Merrimack, NH; her daughter-in-law Michelle DiChiara of Merrimack, NH; her sister Arlene Geraci of Lynnfield, MA; two great-grandchildren and many nieces and nephews.

Besides her husband, she was preceded in death by her step-son Francis J. DiChiara Jr.

Graveside service for Beverly DiChiara will be be held on Friday, August 21 at 11:00am at Fox Hill Cemtery. Friends and family are invited. Guestbook available at www.burnsfuneralhomes.com

Share Your Memory of
Beverly
Upload Your Memory View All Memories
Be the first to upload a memory!
Share A Memory