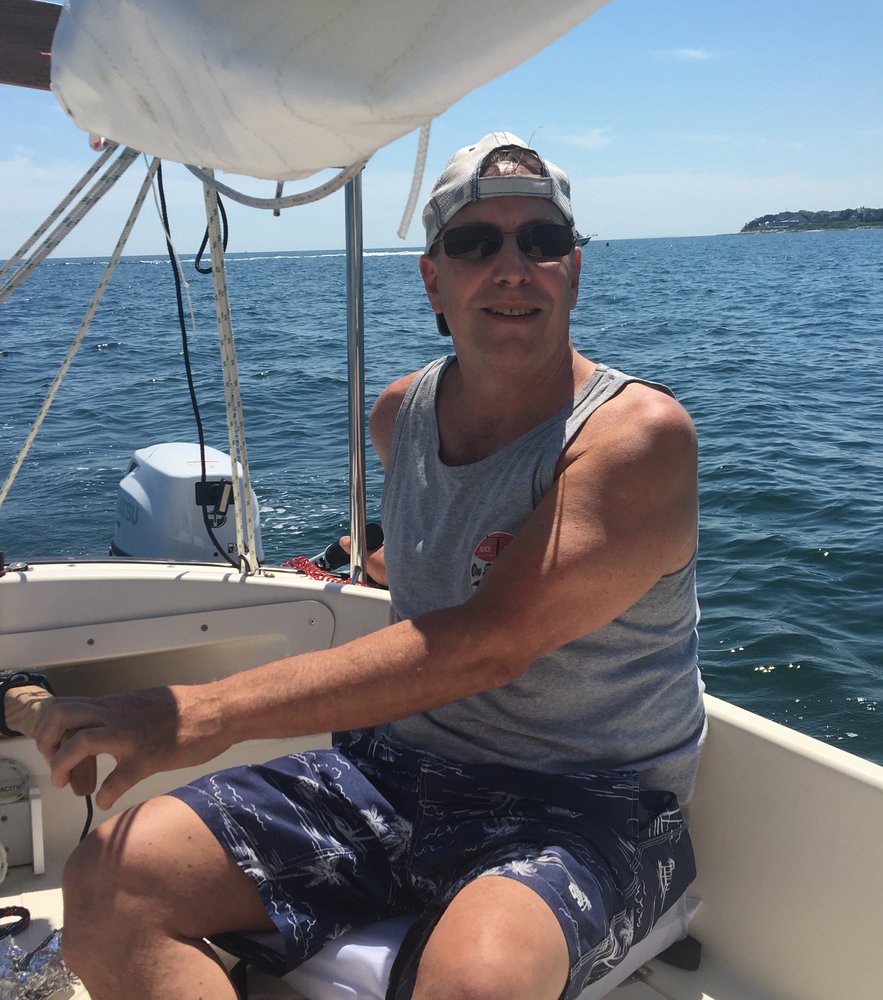 In lieu of flowers, memorial contributions may be made in David's name to the Pancreatic Cancer Action Network.https://www.pancan.org/

All attendees are required to wear face coverings, practice social distancing, pay their respects and exit the funeral home promptly to allow other guests to enter. A private funeral service will be held at the end of the wake.

David J. Peltier of Billerica and formerly of Waltham, died September 23, 2020 after a year-long battle with pancreatic cancer, surrounded by his family. He was the beloved husband of Maryann (Corbett) Peltier to whom he was married for 35 years and together for 42. Loving and extremely proud dad of Daniel, of New York City, Matthew and Christopher of Billerica, labs Carrie and Lucy and cat Pepper. He was the son of Barbara Peltier and the late Milton Peltier. Brother of Bob and his wife, Beth, of New Orleans and Sandra and her fiance, Charlie, of Waltham. Uncle to Richard, Jason and Josh.

David was a 1978 graduate of Waltham High School and studied at The Peterson School for HVAC engineering. He headed the HVAC department at St. Elizabeth’s Medical Center in Brighton for 27 years and often joked that he worked for the pope. He was a Billerica resident of 35 years. A jack of all trades, he was always working on some kind of project around the house and was the hardest working man his boys ever knew. He was actively involved in the boys’ lives, leading Cub Scout dens, coaching baseball and soccer and taking them to every practice and rehearsal for many years. His digital camera rarely left his side and he created many CDs for his family filled with photos of priceless memories. He loved exploring family genealogy and history that culminated in a family tree, documents and photos that spanned nearly 400 years. His true passion project would ultimately be working on the family’s Hyannisport home of more than 50 years. He was most happy and relaxed when he was on Cape Cod, and in the later years of his life was able to fulfill one of his life-long dreams of owning a sailboat to sail in Nantucket Sound. He spent more than 40 years vacationing and exploring the beautiful towns, beaches, galleries and museums of the cape and was looking forward to retiring there, riding his motorcycle and driving his Miata with the top down.

Knowing his diagnosis was terminal, David still fought vigorously for his family and never complained despite the overwhelming pain and setbacks. His family draws strength from knowing he is no longer in pain while relishing all of the love and memories he’s left them with. One of his favorite mantras was, “live every day as if it were your last, for one day it will be.” Now that his last day has passed, we take comfort knowing he was able to enjoy the cape but know there were so many things he didn’t get to. We will never stop missing him and his stories and honoring his legacy as the loving and selfless man he always was. This Bud’s for you, Dad. Please, in lieu of flowers, memorial contributions can be made to the Pancreatic Cancer Action Network.https://www.pancan.org/ Visiting hours will be held in the Burns Funeral Home, 354 Boston Rd., (Rt. 3A), Billerica, Tuesday, September 29, from 3:00 to 6:00 PM. All attendees are required to wear face coverings, practice social distancing, pay their respects and exit the funeral home promptly to allow other guests to enter. A private funeral service will be held at the end of the wake. www.burnsfuneralhomes.com

Share Your Memory of
David
Upload Your Memory View All Memories
Be the first to upload a memory!
Share A Memory