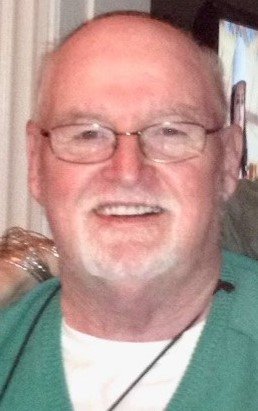 David James Ryan of Billerica, MA, sadly passed away on January 15, 2021 after a recent illness at the age of 86.  He is survived by his loving wife Helen F. (McLaughlin) Ryan, married for 62 wonderful years, and his three adoring children: his son Steven M. Ryan of Salem and his wife Christene; and his two daughters Sandra D. Ryan of Billerica and Tracey Ryan Macomber of Walpole.  He was a loving grandfather to his three grandchildren, Curtis Marchand-Ryan, Ellis Marchand-Ryan, and Chloe A. Macomber.

Born in Malden, MA, and growing up in Stoneham and Woburn, Dave was the devoted son to Dorothy (Warner) Ryan McGonagle of Stoneham, and younger brother to Thomas Ryan of Seattle, WA, both of whom were predeceased.

Dave was a star athlete at Woburn High School, captaining the track team there and then going on to do the same for the Northeastern University Huskies.  This spurred a life-long passion for track and field that would last nearly 70 years.  For over 50 years, Dave worked as an official, and served as past president of the Mass. Track and Field Association.  As an official for the Boston Athletic Association for over 50 years, Dave worked the Boston Marathon for over 40 years and had the honor of serving as the Head Timer of the prestigious race for nearly a decade. He will be remembered for his dedication to the sport, inspiring young athletes, his great sense of humor, and also for his deeply kind spirit.  He understood the importance of small gestures to lift someone’s spirit.  Dave would seek out a young athlete at a high school or college track meet to give the athlete their official time ticket for an important race they had just won or provide a special marathon pin to a colleague who missed the race due to illness.  Dave had a strong bond with his track colleagues and would often be found with them at the historic Doyle’s Cafe in Jamaica Plain after an event.  His friends have since shared many wonderful stories.

Dave brought incredible joy to his close-knit family and he passed on a great passion for the arts, music, and musical theater, which lives on in his children and grandchildren.  Together they saw many exciting concerts including Frank Sinatra and countless Broadway shows in New York, Boston, and on his frequent trips to Las Vegas, where he loved the excitement of it all.  His passion was infectious.  Many a night was spent with his family singing songs together, led by his granddaughter Chloe playing the guitar, which especially brought him great joy.

Dave’s greatest accomplishment was his role as an extremely loving and supportive husband, father, and grandfather, and he never missed an opportunity to make his family feel loved and safe.  His kind and generous spirit and his wonderful sense of humor will live on in the hearts and souls of those who dearly loved him.

The funeral service will be private.  Friends of the family are encouraged to share thoughts or memories online for the family.

Share Your Memory of
David
Upload Your Memory View All Memories
Be the first to upload a memory!
Share A Memory