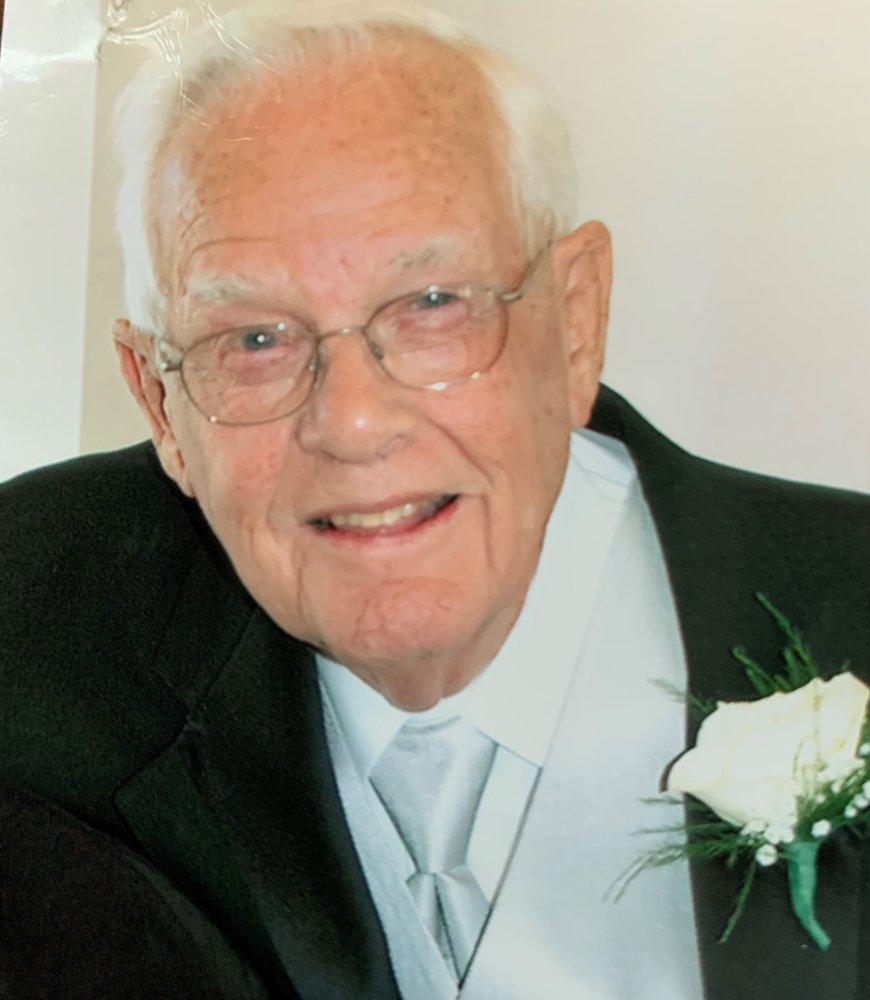 Gayle proudly served with the U.S. Navy in WWII. As a trombone player in high school, he joined the Navy with high hopes of becoming a member of the Navy Band. He was assigned to be a bugler onboard one of their warships. The ship chosen was the USS Helena CL50, a light cruiser assigned to the Pacific Campaign. Gayle was involved in seven battle engagements aboard the Helena. She was the first ship to receive the Navy Unit Commendation. Her actions in the Battles of Cape Esperance, Guadalcanal, and Kula Gulf were named in the citation. Helena also earned the Asiatic-Pacific Area Campaign medal with seven stars. Gayle was elevated to the rank of Quarter Master while serving aboard her. During one of the battle engagements in the Kula Gulf his ship was torpedoed and sunk leaving Gayle and his fellow surviving shipmates in the water fighting for their lives. They ended marooned on an island for eleven days in the South Pacific where natives hid him and his fellow sailors from the Japanese. A testament to his character and his story is recounted in the book “Sunk in the Kula Gulf.” He was also a recipient of the Purple Heart.

After the war he met his wife Lois Simmons and on August 10, 1947, they married at the First Congregational Church in Billerica and shared 49 wonderful years with her. Gayle began a maintenance and construction career working primarily at the former Simmons Nursing Home in Billerica that was founded by his mother-in-law Bertha Simmons. The nursing home legacy was a family business and the cornerstone for the entire Simmons Family.

His greatest legacy was his family.  Love, kindness and support to each one of us.  He gave us the best life lessons by living by his example.  His daughters were his pride and joy, his son-in-laws were more like his sons and his grandchildren were his world.  His Great Granddaughter Amelia he referred to her as his little doll.

His love of music showed everyday of his life, he played the trombone, bugle and the organ.

Gayle was an avid gardener, always seen on a tractor to help a neighbor in need. He had an affection for wildlife especially farm animals and owned and cared for many of them.

He could be heard in the choir at First Congregational Church every Sunday. He was a member of USS Helena Organization, Founding Member of the VFW Solomon Post Billerica, and was a Master Mason at the Masonic Thomas Talbot Lodge in Billerica.

Bertha Simmons was his mother- in- law who he loved and adored.  His nieces and nephews were very close and dear.

The family would like to thank the Bedford V.A. and their wonderful staff for their kindness and care over the last few years.

Funeral will be at 11:00am Saturday, July 17, 2021 at First Congregational Church in Billerica. Burial will follow at Fox Hill Cemetery. Relatives and friends are invited. In lieu of flowers, donations can be made to Fisher House Foundation, 12300 Twinbrook Parway Suite 410, Rockville, MD 20852 online at www.fisherhouse.org or to the Gary Sinise Foundation, P.O. Box 368, Woodland Hills, CA 91365 online at https://www.garysinisefoundation.org/donate/.

Share Your Memory of
Gayle
Upload Your Memory View All Memories
Be the first to upload a memory!
Share A Memory